This is kamloops innovation

We’ll help you build your idea, grow your business, or give you a space to work.

Get in touch
Thank you! Your submission has been received!
Oops! Something went wrong while submitting the form.

There are two types of entrepreneurs we help:

New entrepreneurs who are beginning their journey and need help with direction, next steps, and are looking for answers.

And experienced entrepreneurs who are looking for help to make it to the next level. 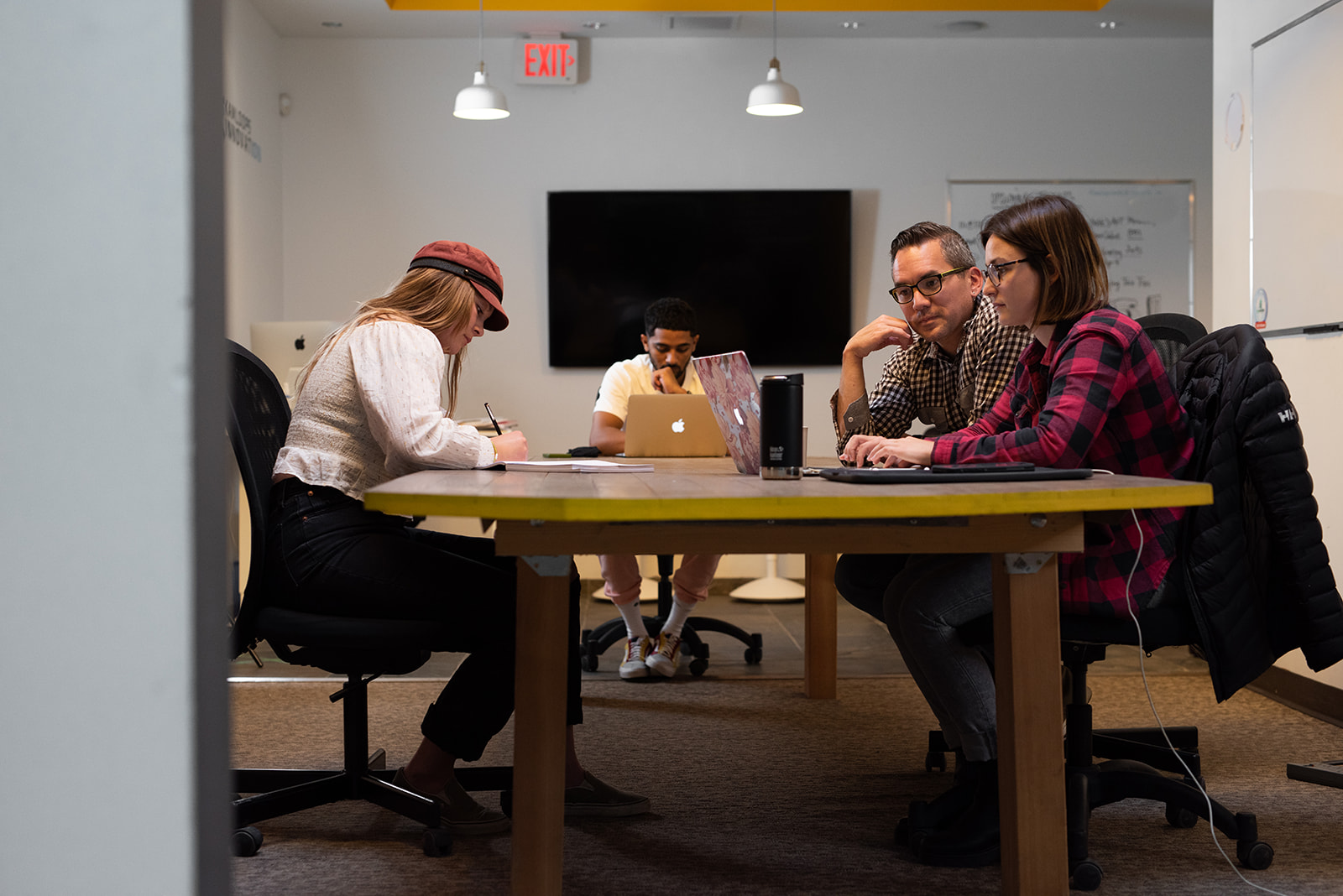 A place to call home

Are you looking for a place for your business to call home? Not to toot our own horn, but we offer some of the most fun and affordable space in Kamloops.

There’s space for everyone here at KIC. And you’ll have access to our wifi, boardrooms, printers, parking, professional address, and kitchen (so you can have all the java you’re craving).

Look at our office spaces

“What drew me to Kamloops Innovation is what keeps me here--the community. This is the hub I come to, and other people come to, for information, convening, and remote working."

"The KIC community was extremely welcoming and accommodating, and was genuinely interested in understanding my needs to support me in starting my business."

“What I needed from KIC was a feeling of community but also connections to other female tech founders and others with social impact ventures.”

"Great centre for startups, techies and more. Supportive atmosphere for all kinds of businesses and a fun little place to work."

Hey, we’ve all been there.

The first step to building something better is asking for help.

We love talking business, tech, and profit, and we want to help you with all of those things. 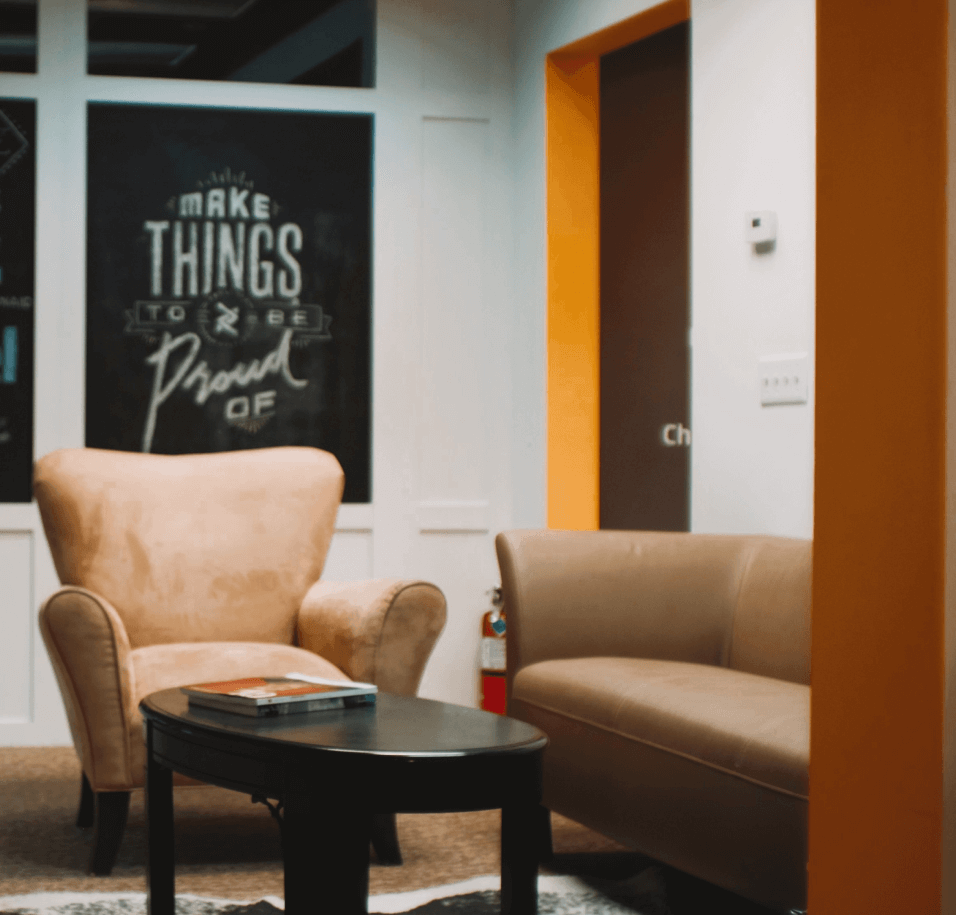 What should I do to get started on my business?

The best thing you can possibly do right now is send us an email. We want to talk to you directly and find out exactly what you need. Don’t be shy!

How much does it cost to find a mentor?

Rates will vary on your individual needs and related programming and support. One thing that isn’t variable, is our promise to offer super affordable rates for mentorship. We want you to succeed and will work with you, and your budget, to provide the best possible support without skimping on quality of service.

I don’t have a business plan yet, should I make one before I reach out?

Nope! Send us an email to get the conversation started and we can help you make the best business plan ever.

Am I ready for this? Is this something I can take on?

This is a great question. Starting or growing your business to a new level can be the toughest thing you might ever do. Luckily, we’re here to help you through every single step.

The best time to get started is now!

You’re about to do one of the coolest things that any human can do: you're about to make something amazing.

You’re about to start your journey in entrepreneurship, or grow your business. You’ll be providing a service that people will need and love.

You’ll be providing jobs to people who need to support themselves and their family.

So take that first step. Reach out to us. Start your journey.

Get in touch with KIC

Kamloops, B.C., January 27, 2023 – After a decade at the helm of Kamloops Innovation as its  Executive Director, Dr. Lincoln Smith will be leaving the role effective January 31, 2023.

Kamloops Innovation Centre (KIC) was founded in 2012 and Smith was tabbed as its first  Executive Director at that time. He has filled that role ever since and helped grow KIC and its  programming into the community cornerstone that it is today. He will be leaving the role, which  he shared part time with his responsibilities in the Research Office at Thompson Rivers  University (TRU), at the end of the month to return to TRU on a dedicated basis.

“We wish Lincoln the best as he takes on his expanded role at TRU and thank him for all that he has done to support and grow KIC, and the technology, innovation and entrepreneurship  community in Kamloops and the surrounding region. We look forward to a new Executive  Director building on this legacy and leading KIC to even greater heights in the future.” said Pat  Davis, Board Vice-Chair.

The Board will begin an immediate recruitment process to fill the Executive Director role and  has engaged John Zubak to assist with the transition period and maintaining the ongoing  operations of KIC in the interim. John has long history with KIC as an Entrepreneur in  Residence and will expand his responsibilities until the completion of the recruitment process.

KIC, John and the Board are committed to the continuation of the exceptional programming that KIC provides without any interruption or reduction in service during this transition and we look  forward to moving KIC ahead in this new chapter of its growth.